I’ve taken pictures since I was twelve; I have experience in stills, film, and video. My current freelance work centers on documentary and editorial still photography. 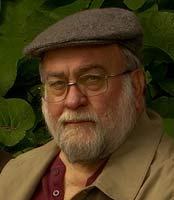 I grew up as an Air Force Brat and lived in Shreveport, LA, Savannah, GA, Wetzlar & Frankfurt, Germany, Smyrna, TN., and New Orleans. That whetted my taste for travel.

My last main job was digital conservation of the large photo and document collection at the Cammie G. Henry Research Center at Northwestern State University of Louisiana. I recently retired and now shoot editorial and artistic images.

I live in Natchitoches, Louisiana. It’s a pretty town on the Cane River, near Kisatchie National Forest in northwest Louisiana. Founded in 1714, it’s the oldest permanent settlement in the Louisiana Purchase.

This is where the El Camino Real begins, and we’re only a few miles from the capital of Spanish Colonial Texas, Los Adaes. The area is rich in history, and our population has an ethnic diversity unusual in the South. This is Louisiana, but not Cajun Louisiana; people here claim kinship to the earliest French and Spanish settlers in the region.

My kit includes a digital full-frame Sony A7s, and a Sony A7rIV.

Email me at    SonC.hegr at gmail.com   (change the “at” to @).   You can also use the comment box below, and it will email to me and will not show to the public.  Thanks.

This site uses Akismet to reduce spam. Learn how your comment data is processed.