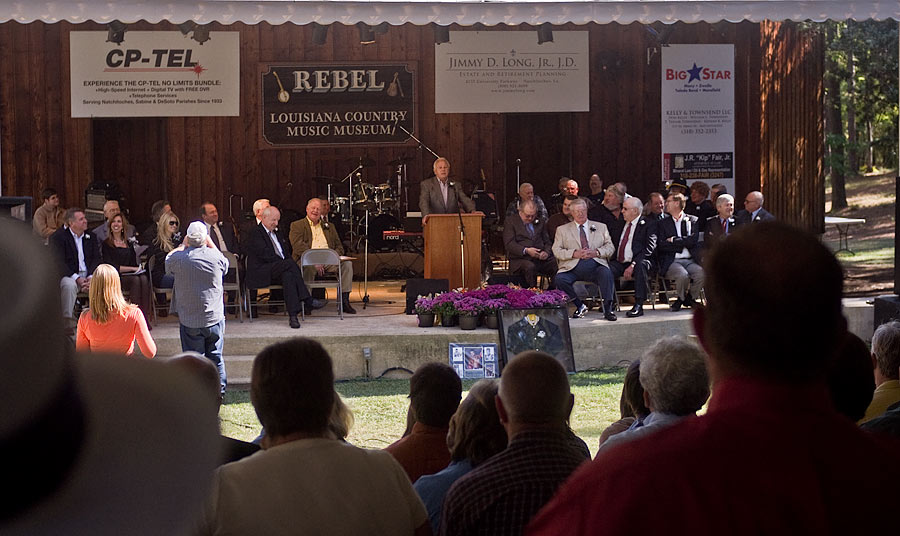 Politicians sit on a stage, listening to four-term Louisiana Governor Edwin Edwards as he gives an “eulogy” for Robert Gentry’s funeral.   Only in Louisiana, because Robert is present at his memorial service, dubbed the“Final Fling.” He’s sitting in the front row, stage left.  He said he needed to hold the funeral now, because all of his friends were getting old, and he wanted to do it so they could attend before they died. 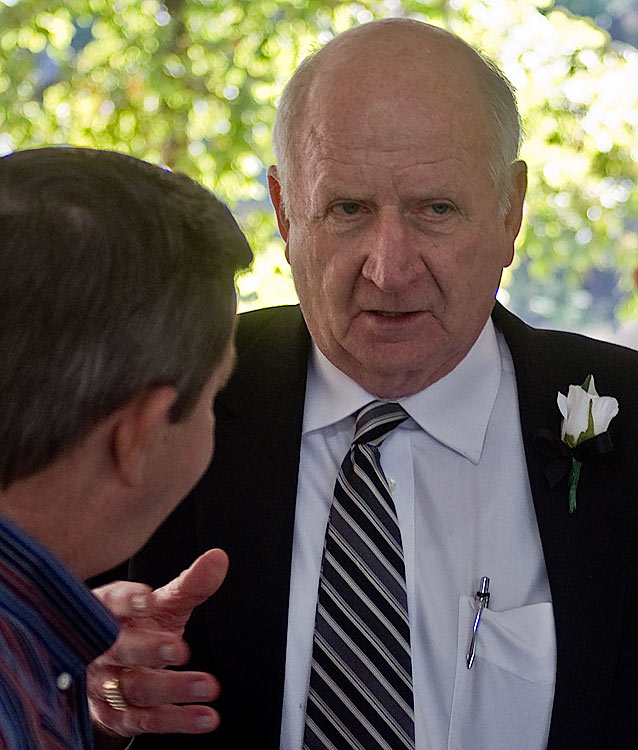 Robert Gentry at his “funeral.”  Doesn’t he look natural?

I met Robert in 1963 when we were journalism students at Northwestern.  He was appointed editor of the Student Newspaper, and I was on the staff as a columnist and reporter.  Even then he was deeply political, having worked in former Governor Earl Long’s Congressional campaign.  Over the years, he worked for several newspapers, then bought the Sabine Index, a local independent paper and edited it until this year. His eclectic interests led him to building a museum, and collecting everything from American Indian artifacts to Country Music Concert posters.  An amateur historian, he’s researched and written several books on the history of this region. 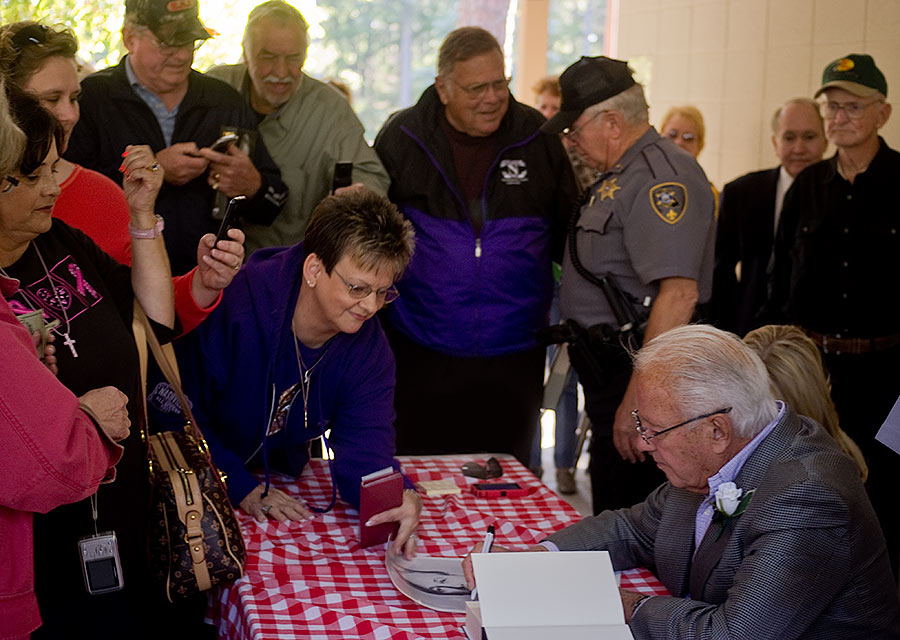 After the “funeral” for Gentry,  Edwards met with an enthusiastic public and autographed his biography, “Edwin Edwards: Governor of Louisiana” by Leo Honeycutt.  Edwards served 10 years in prison on federal racketeering charges. He was released this year.  One of the most popular governors ever in Louisiana, if he could have gotten a pardon, he probably could have won the gubernatorial election again this month.  Always brash, before an election in 1983, Edwards joked with reporters: “The only way I can lose this election is if I’m caught in bed with either a dead girl or a live boy”.

In 1991, Edwards faced David Duke, the white supremacist candidate in a run-off for the Office of Governor. A  popular bumper sticker urged supporting Edwards read “Vote For the Crook. It’s Important.” 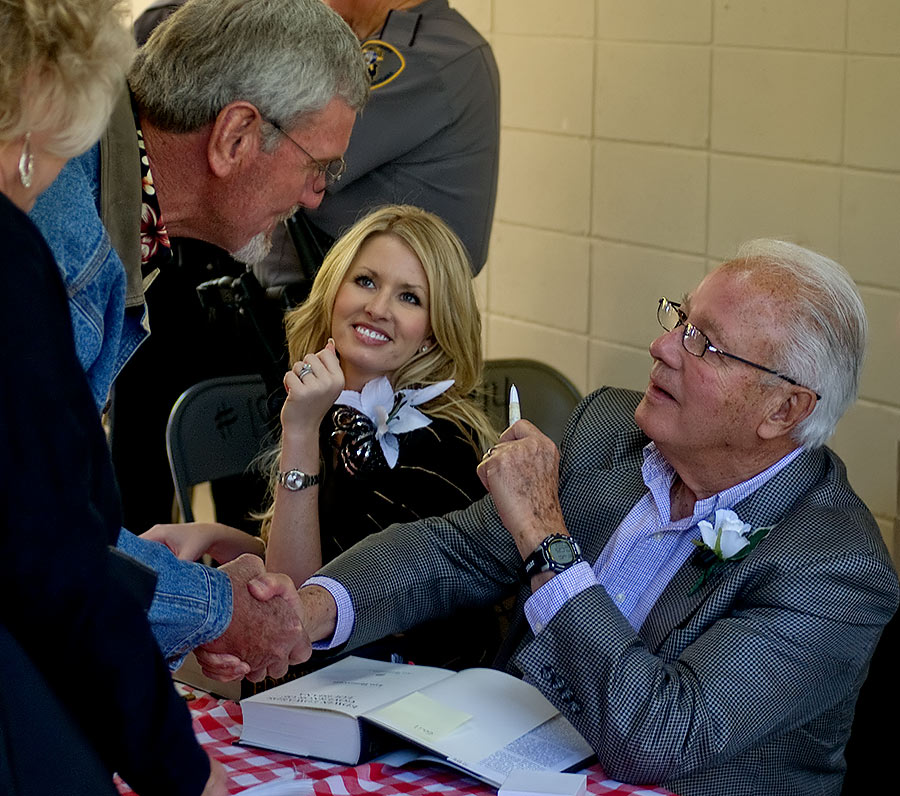 Trina Scott Edwards and the Governor.

I first met Edwin Edwards July 20, 1969 when he was still a Congressman.  I remember, because it was the same night as the U.S. landing on the moon.  I was a news photographer for WWL-TV, and was in Washington to cover hearings on a possible riverfront expressway in New Orleans.

Pat Gorman, my reporter and I were invited to a shrimp boil at Hale Boggs’ home, the Majority Whip.  We dressed casually, not expecting the crowd to be wearing coat and tie to a shrimp boil in the summer.  Lindy Boggs, his wife, set us at ease reminding us that we were dressed correctly, and everyone else was over-dressed.

At evening’s end, we asked to use the phone (no cell phones, remember?) to call a cab, and Edwin Edwards, future four-term Governor of Louisiana offered to drive us to our hotel.  Obviously a good thing, because over the next few years, that contact made him more accessible to us.

More on Edwards can be found here:  http://en.wikipedia.org/wiki/Edwin_Edwards

Pictures of Edwards and Gentry by Sonny Carter licensed under a Creative Commons Attribution-NonCommercial-NoDerivs 3.0 Unported License. 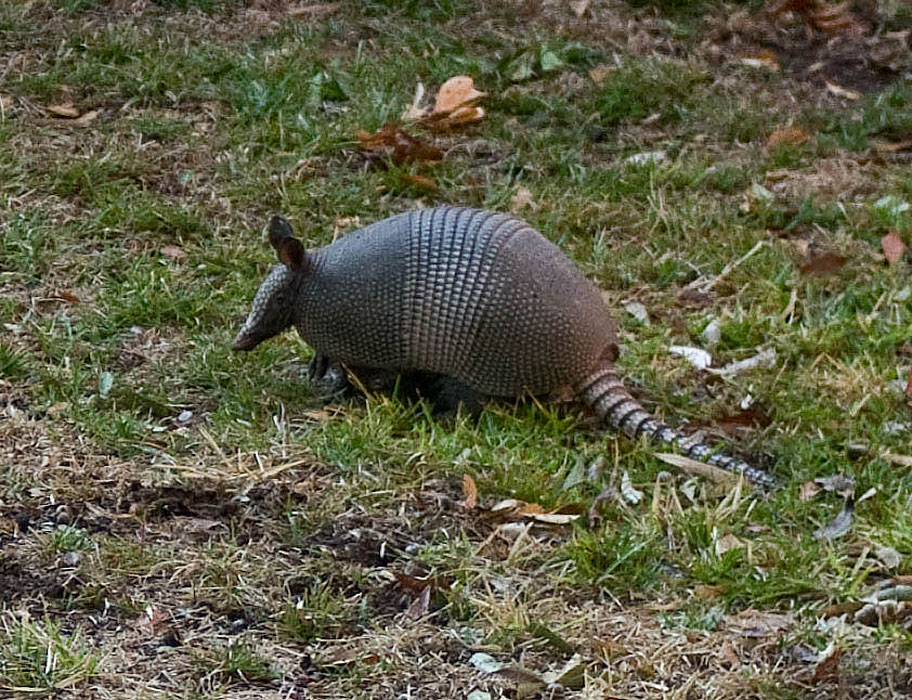 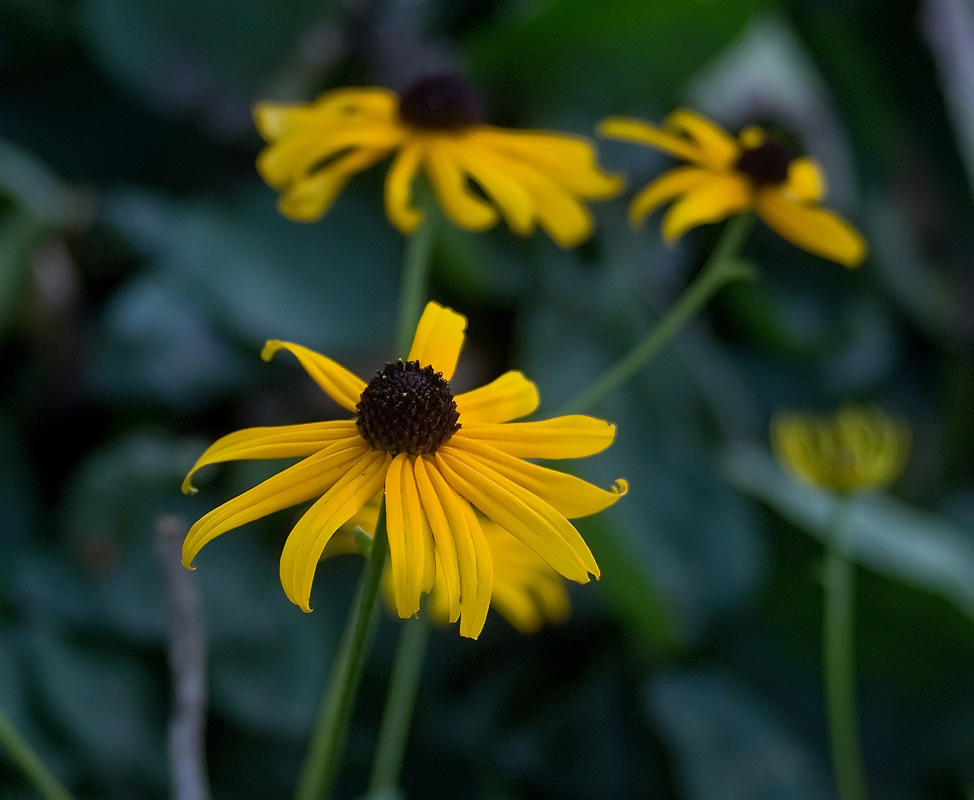 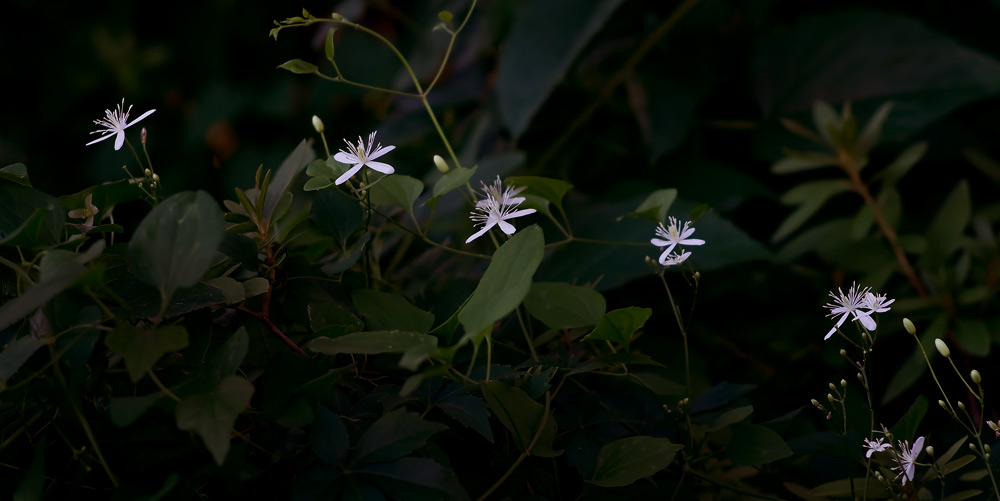 We’ve known Camille most of her life and Saturday she and Don married in our Parish Church.
The family held a fun Louisiana reception, and this was their “first dance.” 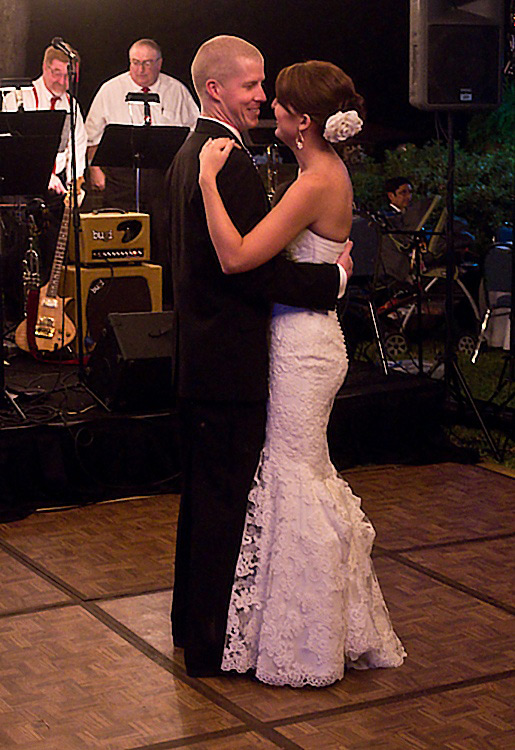 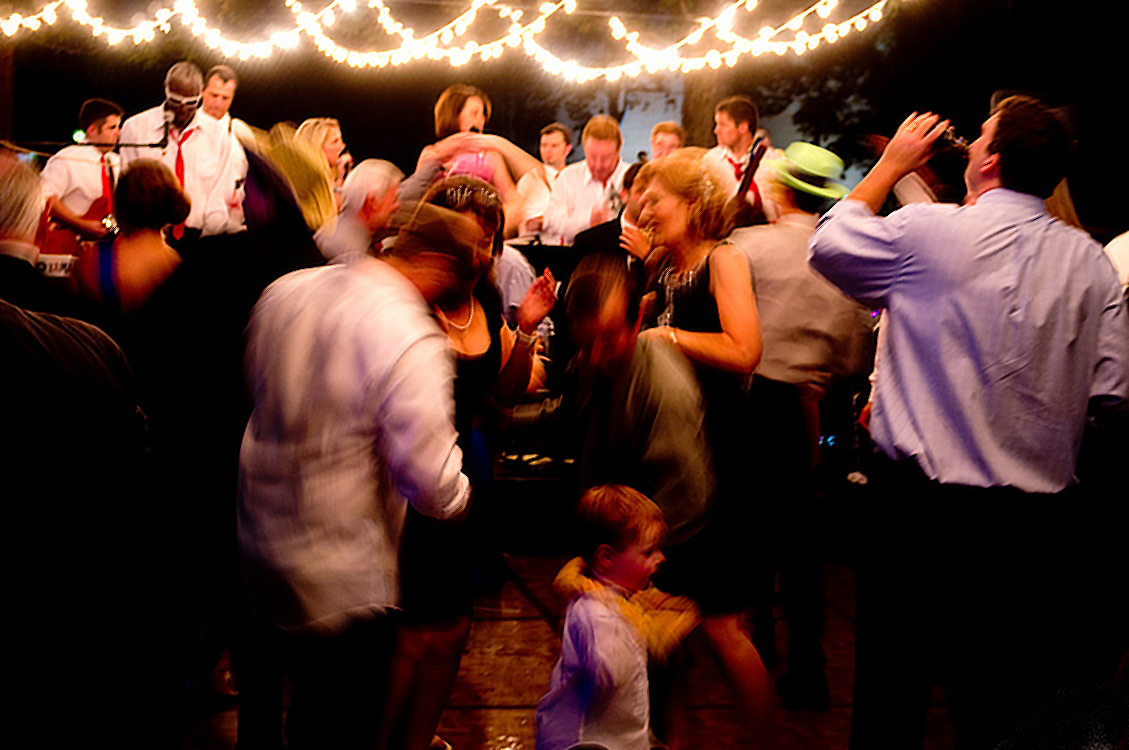 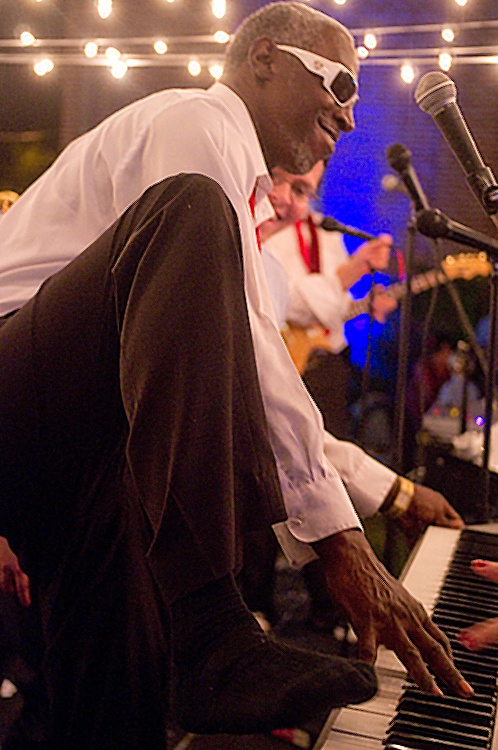 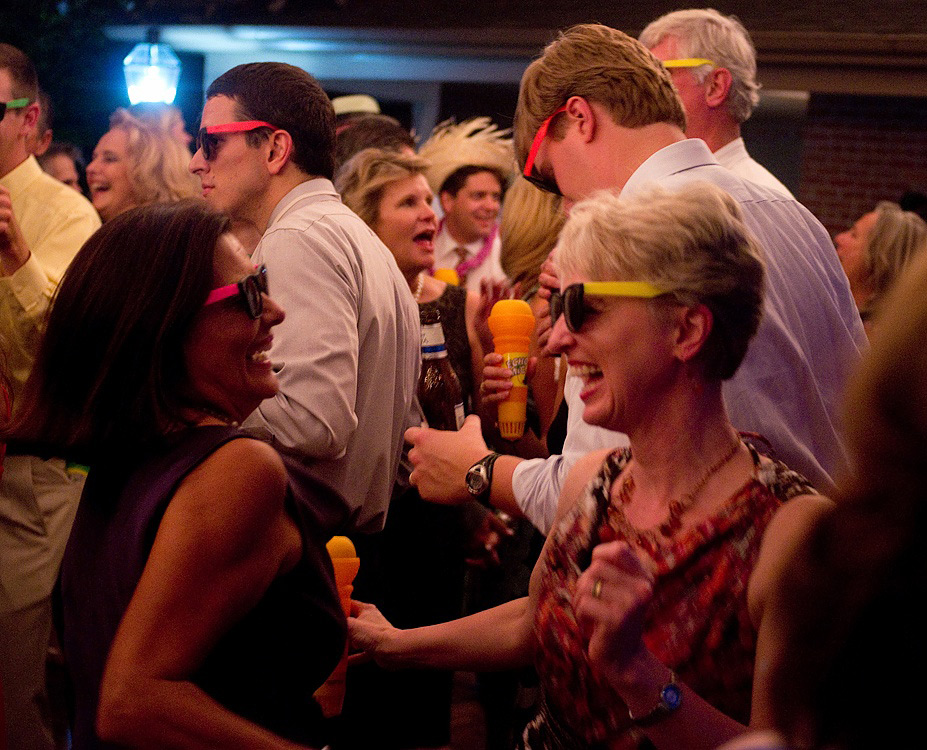 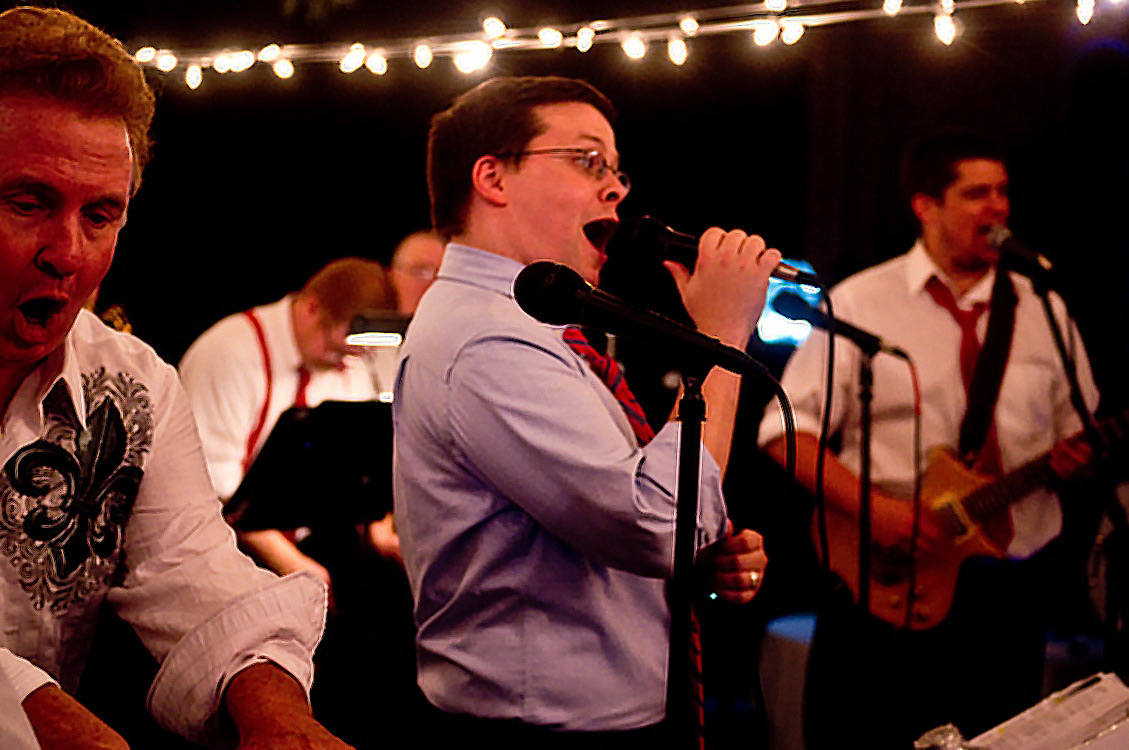 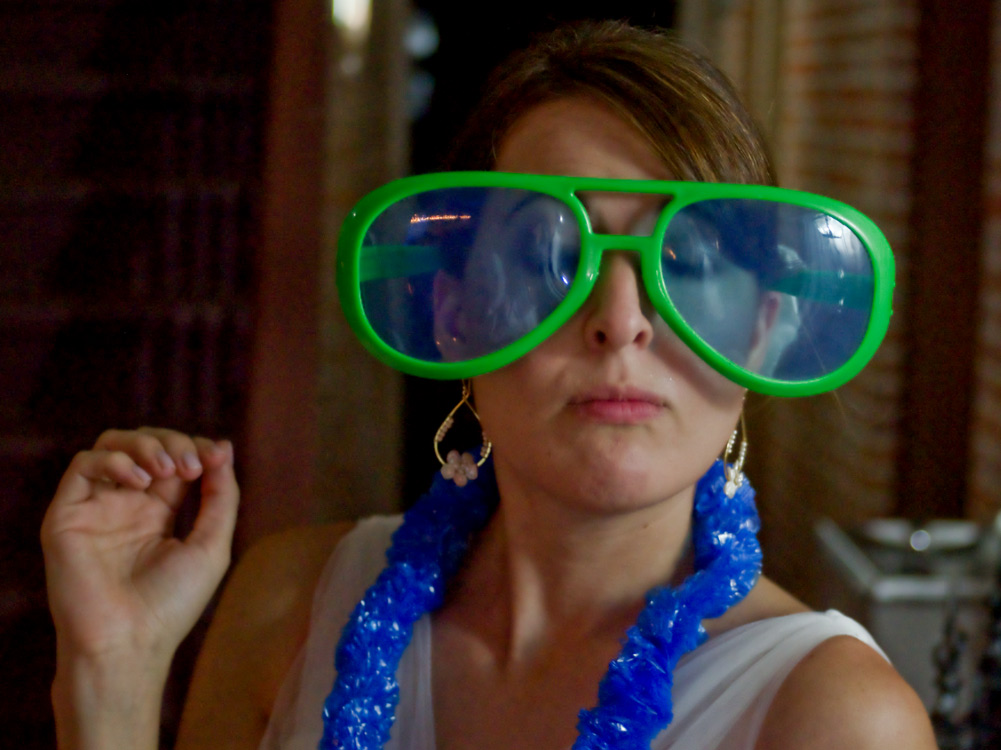 One of our French traditions is a “money dance” where you pay to dance with the bride and groom. Kathy gets a dance with Don. 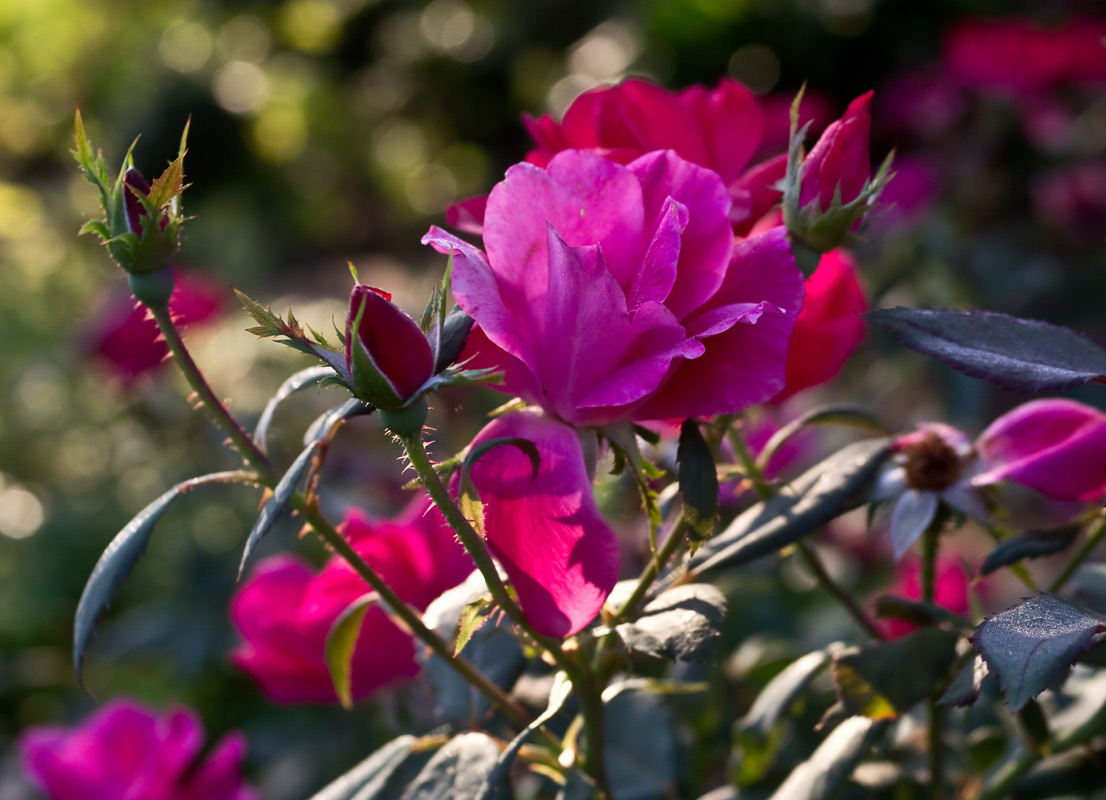 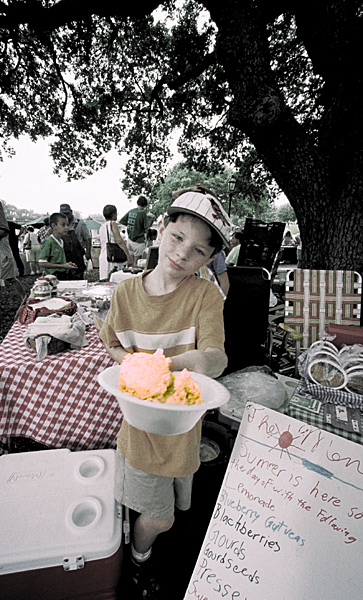 My entry into the Street Photography Salon for October. Didi Gilson’s Comment: “The desatch (my shorthand term for less saturated colors) of course gives the photo an apt old-timey effect which is effective. As does the boy’s offering his tempting wares. There’s the handwritten sign & the “SUMMER IS HERE” slogan and impression with the large, comforting tree and crowd in the background (park or back yard)… the webbed chair & cooler waiting for us to relax with some possibly handmade treat. I’m not sure if I find the orange color of the cold stuff outrageously endearing, appetizing or just sort’ve an enigma. This photo has a Norman Rockwell appeal.” My reply: “Oh yeah! David’s Ice Cream flavor of the week was Peach that week, and that was the real color; in fact, trying to get the ice cream right led to the muted colors in the whole scene, (that I kinda liked.)” Her reply: “Ah, that’s PEACHY, Sonny. Thanks for settling that for me. I can understand you going for that palette to suit um… the fruit!” 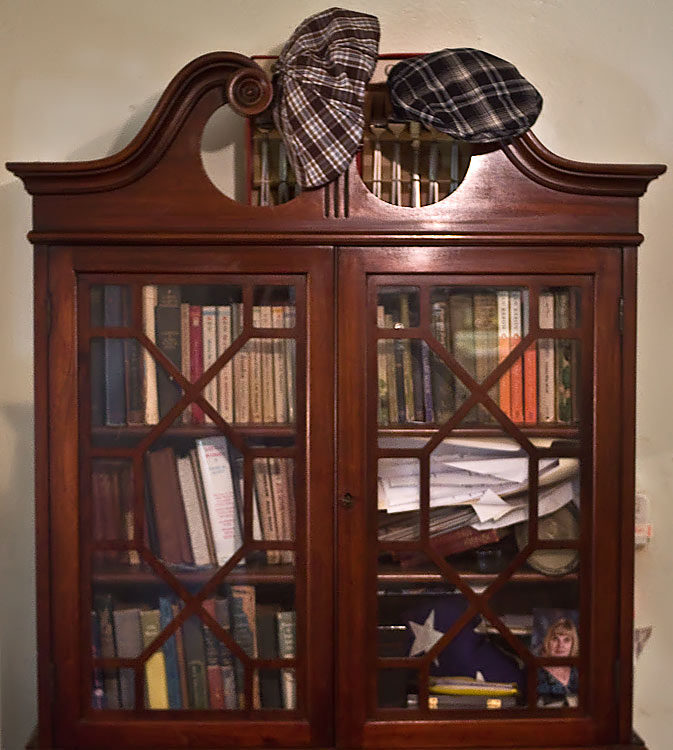 More of my American Landscapes Collection may be found here:
http://www.sonc.com/american_landscape/index.htm